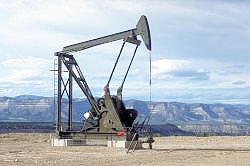 (Interfax – October 17, 2014) The current decline in oil prices is no tragedy, Russian Energy Minister Alexander Novak said, adding that the average annual price of oil needs to be considered.

“The price reached $120 per barrel at the beginning of the year, and averaged $100 per barrel in the three preceding years. If we had $120 and now it’s $83-$85, the average for the year will be about $100. Perhaps, there is no need to make a tragedy of this, that the price has come down somewhat and now everyone is running scared. Price fluctuations are sinusoidal. This is normal. The average price for the year needs to be looked at, and after that the trend needs to be forecast for the coming years, 2015-2016,” he said.

Novak said the current price decline is the result “on one hand, of a speculative game by those participating in this from the standpoint of finances. On the other hand, there are objective factors: a slower pace of growth in Europe and the Asia-Pacific region, which has lowered the forecast demand for oil by a few thousand barrels a day. Accordingly, supply and demand will also play a role. But I do not think this is the main thing. The main thing is speculation,” he said.

Novak said the talks he held with OPEC Secretary General Abdallah Salem el-Badri in September support that conclusion. “The last time I met with the head of OPEC, we agreed that the current lower price was speculative in nature. It is difficult to say when this will end,” Novak added.

He declined to comment on the notion that the price drop was deliberately engineered by market participants. “Since I am the energy minister and not an analyst at a consulting firm, I will not comment on any conspiracy theories,” Novak said.