Interfax: Head of human rights council calls to leave Lukin in his post for third term 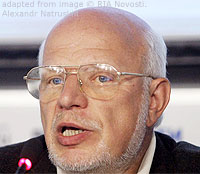 “The right thing to do will be to keep Vladimir Petrovich Lukin in this post. He is ideal for this job,” Fedotov said.

Russian State Duma Speaker Sergei Naryshkin earlier told reporters that all candidates for the post of ombudsman will become known by February 18, the date when Lukin’s term expires. Lukin has worked in this capacity for ten years.

In the meantime, a group of prominent human rights activists has called on the Russian administration to keep Lukin in his post of human rights ombudsman for a third term.

The human rights activists asked the president to lift the ban on a third term for the federal ombudsman, the activists said in a report received by Interfax on Thursday. The document was signed by Lyudmila Alekseyeva, Lev Ponomaryov, Svetlana Gannushkina, Valery Borshchev, Yury Vdovin, and Lilia Shibanova. 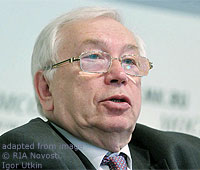 “Vladimir Lukin’s tenure as federal ombudsman was marked by progress in many areas of development of law and humanism in our country,” the statement says.

“While working in this responsible and sensitive position, Vladimir Petrovich [Lukin] won a lot of authority, both in our country and abroad, and demonstrated great energy, experience and persistence. He managed to establish continual and very informative dialogue with civil society. Headway was made on many issues,” the document says.

Candidates to the post of Human Rights Ombudsman are to be 35 or older, are to have knowledge in the sphere of rights and freedoms and experience in protecting them, and have the support of at least one State Duma deputy, Vladimir Pligin, the head of the State Duma committee on constitutional legislation and state development, said.

Under the law, Human Rights Ombudsman in the Russian Federation and candidates for this post can be nominated to the State Duma by the president, the chambers of the Federal Assembly, individual State Duma deputies, and parliamentary factions of the State Duma, Pligin said.