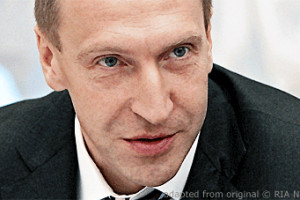 Foreign investors believe in the prospects of Russian economy and are setting up their productions here, Russian First Deputy Prime Minister Igor Shuvalov said in the Sunday Evening with Vladimir Solovyev show on Rossiya 1 (VGTRK) television on May 22.

“If you take a look at how many new plants are opening now [in the Alabuga free economic area, Kaluga region and other regions] with foreign investments, despite all the sanctions, you will realize that investors believe in long-term prospects of Russian economy,” he said.

“They [foreign investors] believe that, after all, the ruble will strengthen sooner or later and the Russian government will control the federal budget deficit all the time. That the government and, certainly, the Central Bank of Russia will care about the low level of inflation. This is the basics, which managed to achieve,” the first deputy prime minister also said.

“All forget what we and you had had in the late 1980s and the early 1990s, what [level] of inflation we had experienced with you and what [amount] of state debt had been. We are one of the most stable countries in the world by this indicator. This is a major achievement!” Shuvalov said.

Yet, 10 years ago, no one believed in the Russian agro-industrial sector and that the village can revive and not only provide the country with its produce, but also export agrarian goods, he said. “Quite recently, I have visited an exhibition, which is being held by such a giant as METRO, a Dutch corporation, which produces food products. And do you know what they have said to me on the sidelines? That now they deliver food products, including for Italian restaurants, which are produced exclusively in Russia on foreign technologies. And they say that, but for Russian counter-sanctions, rural residents would never have had such a chance,” the first deputy prime minister said.

He said that if Russia had previously exported agrarian raw materials, now the country actively exported food products, which are in demand.

“Few know, for instance, that along with foodstuffs we even export footwear, which is manufactured in the Krasnodar territory, to Italy. We have machines and equipment, which are in demand on the global market. We sell Superjet well. Now we began returning to the markets, which traditionally used to be Soviet some time in the past and are becoming Russian again,” Shuvalov said.

“What is the well-being of our economy? In particular, this is in low oil prices securing large [amounts] of our produce export. We need new markets – European, American, Asian. We are working on this agenda,” he said.