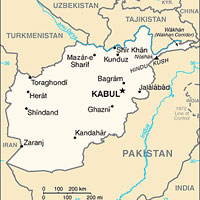 MOSCOW. May 15 (Interfax) – The director of Russia’s Federal Drug Control Service, Viktor Ivanov, has said there have been at least 500,000 deaths in Russia caused by the use of Afghan heroin since 2000.

“Over the past 14 years, since the start of Operation Enduring Freedom, Afghan heroin has killed more than one million people in Eurasia, including at least half a million Russian citizens,” Ivanov said at an international counter-drug conference in Moscow on Thursday.

“Drugs production in Afghanistan has been serving as a fundamental factor of instability for the whole of Eurasia and the guaranteed destruction of the future of Russia and Europe in terms of both security, demography, gene fund and economic development,” he said.

“The intense transit of drug products from Afghanistan, estimated at $100 billion and more a year, contribute s to the multiplication of paramilitary drug groups, growing violence, the involvement of millions of the region’s residents in this transit and the general deforming of the political landscape of states in Central Asia, the Caucasus and the Middle East,” Ivanov said.

The Federal Drug Control Service estimates the number of Russians who abuse drugs regularly or occasionally at eight million, and 1.5 million of these people are heroin addicts. Drugs kill about 70,000 young Russians each year.

Heroin is smuggled into Russia from Afghanistan through Central Asian countries.

Ivanov has repeatedly criticized NATO and the United States for doing nothing to fight drugs in Afghanistan.