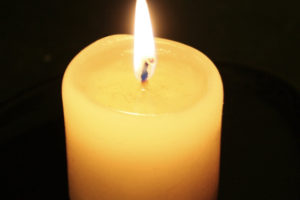 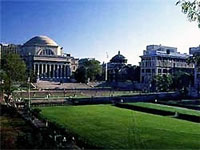 During her eight years as Director of the Harriman Institute, Nepomnyashchy broadened the Institute’s scope in the areas of culture, literature, and the arts. She hosted numerous conferences on topics ranging from Russian ballet to contemporary post-Soviet politics and began the tradition of mounting art exhibits on the Institute’s walls-the first exhibition was a collection of Horst Tappe’s photographs titled “Nabokov in Montreux,” organized in collaboration with the Russian American Cultural Center. She also invited Mikhail Gorbachev to deliver the 2002 Annual Harriman Lecture, played an integral role in the programming surrounding the Czech playwright and former President Václav Havel’s 2006 residency at Columbia, and deepened the Institute’s ties to Central Asia and the Caucasus. In 2008 and 2009, she led faculty trips to Turkmenistan and Georgia.

In addition, Nepomnyashchy was on the Harriman Institute’s Executive Committee and its National Advisory Council, and was affiliated with Barnard’s Comparative Literature Program and Human Rights Program. She served as President of the American Association of Teachers of Slavic and East European Language (AATSEEL), as well as member of the Kennan Institute’s Advisory Council and the Board of Directors of the American Association for the Advancement of Slavic Studies. She chaired the Executive Committee of the Slavic Division of the Modern Language Association and served on the editorial boards of Slavic Review, Novyi zhurnal, and La Revue Russe, and co-founded the Columbia Slavic Department’s graduate student-run academic journal Ulbandus Review. In 2011, she received AATSEEL’s Award for Outstanding Service to the Profession. She demonstrated remarkable commitment to the Harriman Institute’s course “Legacies of Empire and the Soviet Union,” which she taught from the mid 1990s until the fall of 2014.

Nepomnyashchy joined the Barnard College faculty in 1987, and became Chair of the Barnard Slavic Department in 2000 and Ann Whitney Olin Professor of Russian Literature and Culture in 2003. A groundbreaking scholar who wrote the first comprehensive book on the Abram Tertz works of Russian dissident writer Andrei Sinyavsky (Abram Tertz and the Poetics of Crime, 1995) and co-edited with Nicole Svobodny and Ludmilla Trigos the first-ever English-language volume on the Russian poet Alexander Pushkin’s African heritage (Under the Sky of My Africa: Alexander Pushkin and Blackness, 2006), she was known for exploring topics-such as Russian chat rooms that focus on the English writer Jane Austen and President Vladimir Putin’s fashion choices-that fell outside the conventional boundaries of Slavic studies. In 2008, she wrote the introduction for and co-translated, with Slava Yastremski, Abram Tertz’s Strolls with Pushkin (1994); co-edited Mapping the Feminine: Russian Women and Cultural Difference (2008) with Irina Reyfman and Hilde Hoogenboom. With Nadezhda Azhgikhina she co-authored Три Дня в Августе (Three Days in August, 2014), an eyewitness account of the 1991 Moscow coup. She published extensively on Soviet and post-Soviet literature and popular culture, Pushkin, Russian ballet, Russian émigré literature and culture, and the future of regional studies. At the time of her death, she was working on a book titled Nabokov and His Enemies: Terms of Engagement.

Last summer, shortly before her diagnosis, Nepomnyashchy, together with Professor Charles Armstrong, led a group of fourteen students on a month-long journey from Germany to China as part of a Columbia Global Scholars Program Summer Workshop, co-sponsored with the Weatherhead East Asian Institute, exploring the theme of socialist and post-socialist cities.

Nepomnyashchy passed away peacefully in her sleep on the morning of Saturday, March 21, 2015, after a courageous battle with cancer. She is survived by her daughter, Olga Nepomnyashchy, her brother, James Theimer, and her mother, Jo-Anne Theimer. Her husband, Viacheslav (Slava) Nepomnyashchy, whom she met during her first trip to the Soviet Union as a Brown University undergraduate in 1970, died in 2011.

An energetic, and innovative scholar and a kind, caring, and adventurous person known for her insatiable intellectual curiosity, her love of languages, and her extraordinary generosity toward students, colleagues, friends and family, Nepomnyashchy was an inspiration. Her students emphasize the democratic approach with which she treated people-putting undergraduates, graduate students, and clerical workers on equal footing with even the most distinguished scholars in her field-and remember her as an engaging educator and an invaluable mentor who always pushed them to achieve their potential and believed in them even during times when they did not believe in themselves.

A memorial service will be held in the fall of 2015. Follow this link for a feature profile about Catharine Nepomnyashchy published in the inaugural issue of Harriman Magazine (June 2013). Visit http://www.cathynepomnyashchy.com/ for a compilation of Nepomnyashchy’s writings and interviews; the Barnard College website for a note about Nepomnyashchy from Linda Bell, Provost and Dean of the Faculty; see the Columbia Spectator for an article in memory of Nepomnyashchy; and the ASEEES website for David A. Goldfarb’s remembrance of her.