How Likely Is Russian Democratization and Reform? 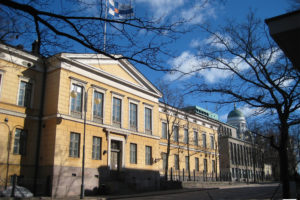 I just got back from a great conference at the University of Helsinki and thought I’d share some of the most striking research findings presented there. Celebrating the conclusion of the fifth year of the Aleksanteri Institute’s Finland Distinguished Professorship held by Vladimir Gel’man, it focused on “Politics and Governance in Russia: Comparative Perspectives.”

Several papers examined how Putin “rules.” Alexander Libman presented a particularly interesting finding that some federal appointments of regional officials may be driven more by siloviki networks lobbying for plum positions than by a central desire for political control (his coauthor is Fabian Burkhardt). These conclusions, which he cautions are still preliminary, are based on a careful statistical analysis of appointments of presidential envoys to each region 2000-2012. Brian Taylor also gave a preview of his eagerly awaited book, The Code of Putinism, presenting findings from one chapter on how this code has made Russia an underachiever in governance relative even to its post-Soviet neighbors. Vladimir Gel’man’s research warns that bringing in a bunch of highly skilled technocrats without changing the larger system will not fix the governance problem. Jussi Lassila also made a great argument that Putin is not a populist by the most basic definition because he has distinctly avoided the classic rhetoric of a confrontation between “the elite” and “the people.”

Other papers looked at factors that some theories hold could promote democratization. Lucan Way’s paper argued that the former Soviet space has been held back by “structural” factors like weak linkages to the West, with a “resource curse” and a lack of privatization explaining the most authoritarian outcomes within the former USSR. Cameron Ross reported results from his study of Russia’s middle class: Better thought of as multiple middle classes than a single united class, these people do not generally stand out for more democratic or anti-Putin attitudes. Graeme Robertson, in joint analysis with David Armstrong and John Reuter, identify some conditions under which the main opposition party that Putin has accommodated in his system (the Communist Party) joined hard-core, “non-system” opposition movements in street protests during 2007-2012. It is likely to be particularly threatening to regime stability when “system parties” cooperate with the die-hard opposition, they observe. Joint protest, it turns out, is most probable when the material interests of the Communists’ own electoral base are at stake in the issues raised by the non-system opposition, their preliminary findings indicate.

These were just some of the great papers. The presentations, all reflecting works in progress rather than definitive conclusions, will soon be online for readers to see for themselves on the Aleksanteri Institute’s website, and eventually the final findings will surely be published in some form or other. [http://www.helsinki.fi/aleksanteri/english/]

[Article also appeared at ponarseurasia.org/article/how-likely-russian-democratization-and-reform with “Permissions & Citation Guidelines” link connecting to ponarseurasia.org/permissions-citation-guidelines, bearing the following notice: Permission: Content by PONARS Eurasia may be re-distributed for Fair Use (non-commercial) purposes with credit provided to PONARS Eurasia and the author(s) and with a hyperlink/URL pointing to the original content page on this website.]