Hagel: U.S. Army Must Be Ready to Face ‘Revisionist’ Russia 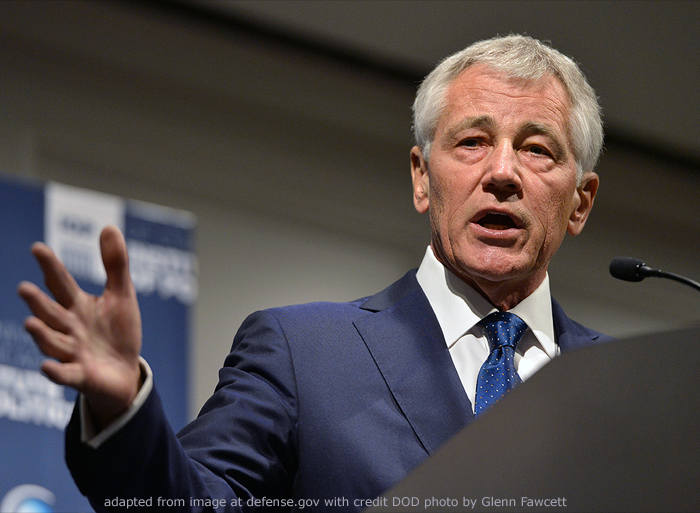 (Moscow Times – themoscowtimes.com – October 16, 2014) U.S. Secretary of Defense Chuck Hagel has issued a warning to his country’s armed forces, saying they should be prepared for the security threat posed by a revitalized Russia.

“The demands on the [U.S.] Army will only grow more diverse and complicated going forward,” Hagel told the Association of the U.S. Army’s annual conference on Wednesday, according to a transcript of his speech on his department’s website.

“Threats from terrorists and insurgents will remain with us for a long time, but we also must deal with a revisionist Russia – with its modern and capable army – on NATO’s doorstep,” Hagel said.

Hagel added the U.S. army was already “reinforcing and reassuring NATO allies in the face of Russian aggression,” in Poland and the Baltics.

Relations between Russia and the West have soured in recent months following Russia’s annexation of Crimea in March and its perceived support of separatists in the east of Ukraine.

The U.S. and its allies have levied several rounds of sanctions against Moscow, prompting a retaliatory Russian ban on a range of Western food products, leading some to label the conflict “a second Cold War.”

Hagel’s comments come after U.S. President Barack Obama told the UN General Assembly last month that Russia posed a greater threat to his country than militant group Islamic State, which has executed a number of Western hostages and claimed large swathes of territory in Iraq and Syria.

The president’s words provoked a snippy reaction from Russian Prime Minister Dmitry Medvedev, who said Wednesday that Obama must have been suffering a “mental aberration” when he made the comments.