A respected former Russian finance minister said the nation’s economy is stagnating and the government needs to invest more in education and health in order to drive growth. 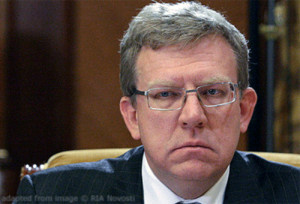 Aleksei Kudrin, who served as Russian finance minister through the 2000s, said if gross domestic product (GDP) falls 5 percent this year as expected, then the national economy would have averaged just 1 percent annual growth over the past decade, he said on July 11 during a speech in Moscow.

“That is very low. It’s historically low that during a decade we grew so little,” he said.

Russia has the potential to average annual economic growth of 3 percent to 5 percent a year, but the government hasn’t taken the steps needed, he said.

“And despite the fact that we have been talking about this for years, unfortunately, no decisions in this sense are being made [and] we are in stagnation,” said Kudrin, who now heads the audit chamber.

Russian President Vladimir Putin’s approval ratings have declined in recent years and protest sentiment inside the nation has increased amid anger over stagnant living standards.

Putin’s decision last month to raise income taxes on the upper middle class and wealthy from 13 percent to 15 percent will have no major impact on the economy, he said.

“It was politically almost inevitable. It had to happen at some point,” he said about the tax increase.

Kudrin said Russia needs to increase current spending plans on “human capital” such as health and education by 1 percent of GDP, which implies nearly $20 billion.

He also said the nation suffers from poor state administration and high regulatory barriers and needs to reform how government workers are trained and motivated.

[featured images are file photo from other occasions]