Few Russians Think ‘Era of Oligarchs’ is Over 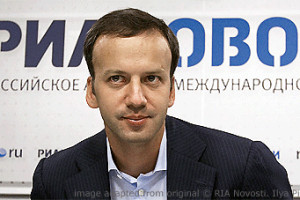 At Davos, Russian Deputy Prime Minister Arkady Dvorkovich said that there aren’t any oligarchs left in Russia, a declaration that has attracted a great deal of attention both in Russia and abroad but very little support among Russians who continue to see oligarchs as an evil force in their lives.

Stanislav Zakharkin of the URA news agency interviewed five Russians who have expertise on this issue (ura.news/articles/1036273702). Sociologist Leonty Byzov said that the majority of Russians don’t agree with Dvorkovich and have a very clear image of who is an oligarch and who is not.

And while Russians recognize that the political system in their country is not what it was in the 1990s, they are sure that “the oligarchs remain” but now are protected by senior officials rather than controlling those officials as they did earlier. Russians are only beginning to recognize that not all businessmen are oligarchs.

Maksim Zharov, a political analyst, says that Dvorkovich was primarily directing his words at a foreign audience rather than at a Russian one. “Today, anyone with capital from Russia is considered in the West an oligarch. The word has a clear negative connotation. The deputy prime minister simply was trying to reposition Russian businessmen” there.

Andrey Kolyadin, a political analyst who earlier worked in the Presidential Administration, however, said that Dvorkovich is not entirely wrong: Many who were oligarchs earlier have become responsible business figures, although one shouldn’t “idealize” them because they “in the first instance work for profits.”

Vyacheslav Smirnov, the director of the Institute of Political Sociology, goes further. He says there are no oligarchs in Russia, no people who can “buy politicians and run the government.” Such people may exist in Ukraine but not in Russia. Now, the siloviki can be deployed against anyone and money won’t save anybody.

But he concedes that the negative image of the powerful oligarch remains strong among Russians. Anyone who is rich is likely to be viewed as an odious oligarch –“‘In Russia there is even a saying: ‘if you are so honest, then why are you so rich?'” – because many don’t believe one get acquire great wealth without political power.

And Viktor Pleskachevsky, vice president of the Russian Union of Entrepreneurs and Industrialists, agrees. Many since the early 1990s, he says, “have been convinced that each who makes money independently is a bastard.” Now that is less of an issue but only because Russians are focusing more on their own immediate problems than on systemic ones.

For Russians, whatever Dvorkovich says, the word “oligarch” remains a curse word, something that many will apply to things they don’t like regardless of its appropriateness. This week alone, there were two examples of this. In the first, a Moscow writer described Stalin’s peoples’ commissars as oligarchs (iarex.ru/articles/55382.html).

And in the second, another writer to blacken the reputation of medieval Novgorod whose democracy Moscow snuffed out in the 15th century described the regime in Novgorod the Great as an “oligarchic” one, clearly intending to reinforce the government’s view that Muscovy acted quite correctly to conquer it (regnum.ru/news/polit/2365785.html).