Paul Saunders is a senior fellow in U.S. foreign policy at the Center for the National Interest.

With military tension among great powers increasing in east Asia, central Europe and the Middle East, Russia’s President Vladimir Putin and others have proposed a summit of the U.N. Security Council’s five permanent members – China, France, Russia, the United Kingdom and the United States, also known as the P5 – to find a way forward. Putin may well return to this theme in his address to the 75th session of the United Nations General Assembly next week. Nevertheless, while reducing tension-and avoiding direct armed conflict-is certainly desirable, a P5 summit is unlikely to offer workable solutions. Worse, U.S. leaders don’t yet have their own ideas for managing an international order increasingly in tatters. 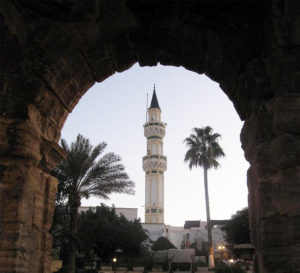 Putin’s January call for a P5 summit emphasized the ongoing civil war in Libya, as did French President Emmanuel Macron’s parallel proposal for a meeting of the P5 heads of state. Press commentary soon speculated that Putin might seek to combine such a summit with a massive Moscow military parade, then planned for May to mark the 75th anniversary of the Allied victory in Europe, to which Putin had already invited many world leaders. As the parade, rescheduled for June due to the pandemic, approached, Putin set out ambitious objectives for a P5 summit in an article in The National Interest, including developing shared principles, discussing how to maintain and strengthen peace and security, and managing the global economy. In that article, Putin stated that the leaders of the other four nations had agreed to a meeting; according to Russia’s official news agency TASS, Foreign Minister Sergei Lavrov said in August that “we are currently working on aspects of the forthcoming event. There is no exact date so far.” In a reflection of what Russia’s Foreign Ministry described as “Russian-Chinese strategic partnership,” Lavrov and his Chinese counterpart are reportedly coordinating in preparation for the summit.

Should the five nations find an agreed date for this event, something that either COVID-19 or international politics could prevent, Putin’s ambitious agenda for a P5 summit faces several challenges, including stark differences over specific international problems, low mutual trust and international institutions that are increasingly ill-suited to managing global peace and security. On top of this, Putin himself is poorly positioned to stage-manage something so far-reaching in its objectives and potential consequences.

The biggest problem is that the P5 have widely divergent perspectives on the key points of tension in their relationships, which are increasingly evident where the West, China and Russia intersect and where their contested spheres of influence collide.

Washington and Moscow have differed over Europe’s security architecture for over two decades; their contrasting perspectives have been evident in disputes surrounding the 1990s-era conflicts in Bosnia and Kosovo, Western steps to expand the NATO alliance, Russian opposition to that expansion and Russia’s 2008 intervention in Georgia, 2014 seizure of Crimea and ongoing military involvement in eastern Ukraine. The United States and Russia similarly have had very different views of how to ensure stability in the Middle East, especially surrounding the 2003 U.S. war in Iraq, U.S. and NATO airstrikes against Libya in 2011 that contributed to a continuing civil war and Russia’s 2015 intervention in Syria to prevent President Bashar al-Assad’s fall from power.

Mistrust exacerbates these differences and has become a daily feature in America’s relationships with its two principal rivals, China and Russia. The United States doesn’t trust Chinese telecommunications equipment or smartphone apps, much less Beijing’s aims in the Western Pacific. 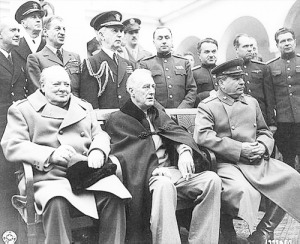 With respect to Russia, many Western officials and observers have long sought to avoid “a new Yalta”—an understanding with Moscow that deliberately, tacitly or naively allows Russia to establish a sphere of influence, like the February 1945 Yalta Conference among Roosevelt, Churchill and Stalin—which makes it difficult to separate Putin’s summit idea from Russia’s aims in central Europe. The Russian president’s statement that his government could send police to Belarus to help President Alexander Lukashenko contain post-election protests has recently prompted considerable suspicion about Putin’s aims there.

Worse, even as this process is unfolding, the definition of “major players” is changing. The P5 countries have their roles in the Security Council—and in Putin’s proposal—because they were the key actors (to varying and contested degrees) in defeating the Axis Powers in World War II. Today’s world looks radically different, both among the P5 and in the overall global distribution of power and wealth; this has already contributed to the growing prominence of the G20, for example, and is another reason to question efforts to renegotiate the world order through a group of five countries that won their seats at the table 75 years ago. This global evolution is one reason that many proposals to reform the Security Council focus on new roles for Brazil and India, as large countries with large and growing economies.

Whether among states or within them, orders and institutions cannot operate indefinitely without regular adaptation to reality. Gaps between institutions and realities invariably contribute to tension and ultimately to conflict as some come to believe they deserve more and others resist providing it. Addressing these gaps is never easy; the process inherently requires changing institutions to reallocate power, with some winners and some losers. Doing this becomes harder over time if the gaps between institutions and reality grow wider, because the necessary changes become more costly to the beneficiaries of existing arrangements. Eventually, reality usually wins by destroying institutions-often the costliest outcome for those who benefitted the most from the old order.

To the extent that the United States has been among the principal “winners” in the existing order and its institutional expressions, it is likely to face some of the most painful decisions – and the greatest risks-if global institutions and realities stray too far apart. As a result, the success or failure of any effort to envision a reformed, revised or updated international order will depend most heavily upon America and its leaders, something that in and of itself places Russia’s president in an exceedingly weak position to organize and lead the process. Perversely, in fact, Putin’s proposed project might only succeed if the United States owns it and leads it. Amid the country’s current bitter divisions, that could be the proposal’s biggest flaw. Ultimately, however, Putin’s proposal for a P5 summit should be far less worrisome to Americans than their own government’s and establishment’s lack of alternative ideas to manage the evolving global system.

Article also appeared, with different images, at russiamatters.org/analysis/evolving-global-order-makes-p5-summit-ineffective, with different images, bearing the notice: “© Russia Matters 2018 … This project has been made possible with support from Carnegie Corporation of New York,” with a footer heading entitled “Republication Guidelines” linking to: russiamatters.org/node/7406, which bears the notice, in part: