Russia had long sought a direct route to Europe that would bypass transit countries like Ukraine, therefore allowing Moscow to turn off supplies to Kyiv without leaving the EU in the cold. Brussels, however, had resisted South Stream, saying it violated EU antimonopoly policies. 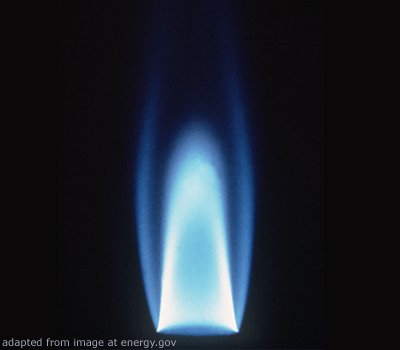 The $10 billion South Stream project would have carried Russian gas under the Black Sea to a terminal in Bulgaria, from where it would be sent on to consumers in southern and central Europe, including Hungary, Serbia, and Austria.

Putin, who announced his pullout during a politically strategic trip to Ankara, now says he will work with Turkey to build a new southern energy hub on the border with Greece.

The death of South Stream has major ramifications for countries throughout the region. So who are the winners and losers if Putin makes good on his word?

Turkey has languished for years as a wannabe EU member, a prospect that now seems highly unlikely given Turkey’s drift toward political Islamism and the authoritarian traits of its leader, Recep Tayyip Erdogan. But that no longer matters. With Turkey holding the keys to a new southern supply of Russian gas, its position vis-a-vis Europe will be considerably strengthened. Add to that the juicy prospects of energy security and beefed-up trade with Russia — which has fewer places to shop these days — and it’s a win-win-win for Ankara. It can even play Russia off rival supplier Azerbaijan to secure cheaper gas.

Countries like Bulgaria and Serbia remember well the winter of 2009, when achingly cold temperatures coincided with Russia’s punitive shutoff of gas to Ukraine. Germany used the lesson to press forward with the Nord Stream pipeline, guaranteeing a direct gas supply. But the EU has repeatedly blocked its southern counterpart, citing antimonopoly policies but possibly fearing even greater Russian influence within the bloc. The South Stream countries not only lose energy guarantees, they lose lucrative transit fees, new jobs, and the potential for better trade with Russia.

Moscow and Beijing penned a 38-billion-cubic-meter energy deal in May aimed at fueling China’s booming economy for the next 30 years. Now, with less gas going west, more goes east — and cements Beijing’s role as the new center of gravity among eastern powers looking to assert themselves as a viable counterpart to the EU and United States.

In the short term, at least, Ukraine has dodged a bullet. The completion of South Stream would have made it far easier for Moscow to use gas as a weapon in its ongoing conflict with its western neighbor. Now, with the plan scrapped, Russian gas will continue to be shipped to and through Ukraine. That means Moscow may be willing to negotiate with Kyiv on longer-term supplies. If and when the Turkey pipeline is completed, however, all bets are off.

This pipeline — which was meant to act as a counterbalance to Russia by supplying Europe with Azerbaijani gas — was declared dead and buried earlier this year. But it may be resurrected as Europe looks yet again for an alternative to Russian gas.

On the face of it, the EU shouldn’t lose from divesting itself of an additional Russian pipeline, particularly at a time when it is pursuing LNG and other non-Russian energy alternatives. But anger within the South Stream investment and client nations — including Bulgaria, Serbia, Hungary, Slovenia, Croatia, Austria, and Italy — may prove a divisive issue for Brussels at a time when the bloc is proving increasingly fractious and susceptible to Russian pressure.

On the one hand, closing the door on South Stream provides energy-rich Baku with an opportunity to offer Europe its resources as a replacement. But not a complete one. At most, Azerbaijan would be able to provide just 10 percent of what Russia currently ships to the EU. Moreover, Azerbaijan’s transit route to Europe runs through Turkey, and the presence of Russian gas there complicates Baku’s plans.

South Stream was going to cost a staggering $19 billion, and Russia had already invested billions in getting the project under way. But Western sanctions over Ukraine have severely hampered Gazprom’s ability to tempt foreign investment and secure necessary loans. “This was always a very expensive and therefore, to some extent, a bad investment project for Russia,” says Moscow-based financial analyst Chris Weafer. “There are more efficient ways to export energy.” From a geopolitical standpoint, the Kremlin may also relish the opportunity to remind the EU that Russia’s got other options.

You could argue that Putin’s gambit was a calculated political move aimed at dumping a bad deal and diversifying further east. But it could also be something rarely seen from the Russian leader — a concession. “This might be Russia sort of saying, ‘OK, we give up,'” says Weafer. “This might be a first step in Russia looking to be more accommodating with Europe.”