Does Putin have a Trump Problem with the Media? Russians Say It is Failing to Report or Understand His Words 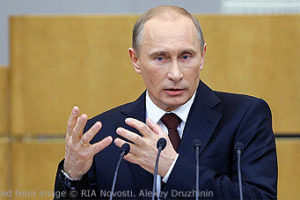 Since emerging on the public scene, Donald Trump has lashed out at what he calls “the lying media” for failing to report what he says and choosing instead to distort his message, a pattern that he says explains his preference for trying to reach the American people directly via social media.

Now, a new poll by the VTsIOM agency suggests that Vladimir Putin has a similar problem with the Russian media. It shows that 58 percent of Russians believe that journalists either ignore or fail to understand and accurately transmit Putin’s words (wciom.ru/index.php?id=236&uid=116058 and snob.ru/selected/entry/120431).

But 33 percent of Russians, Snob’s Viktoriya Vladimirova says, believe that Russian journalists accurately, although 69 percent say they like to find out Putin’s views directly as via his press conferences or Direct Line programs, with 29 percent saying that they turn to his website or to social media.

The survey also found that 57 percent of Russians now use the Internet every day, 17 percent use it several times a week or a month, and 25 percent saying they never do. As one might expect, younger people go on line much more often than older ones: Only one percent of Russians between the ages of 18 and 24 never go on line