‘Capitalism Exists in Russia, but a Market Doesn’t,’ Khasbulatov Says 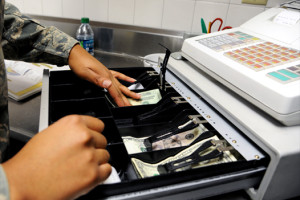 Ruslan Khasbulatov, who played a key role in resisting Boris Yeltsin during the October 1993 political crisis, says that Russia today has one of the key aspects of modern capitalism – the private ownership of the means of production – but very much lacks a second – the existence of a market in which such firms operate.

The 78-year-old former politician who now teaches at the Plekhanov Economics University says in a new Nezavisimaya gazeta article that this unusual combination explains many of the features of both the economy and the political system (ng.ru/ideas/2021-02-08/7_8077_russia.html).

Khabulatov recalls that in 1987 he sparked an intense debate when he argued that “any manipulation of prices is senseless if producers don’t offer sufficient goods that correspond to the purchasing power of society given its incomes.” Soviet officials didn’t accept that, and many Russian ones now don’t either.

The situation today, he suggests, would be truly dire if the Russian Federation did not have open borders allowing for imported goods to make up for domestic shortcomings. Indeed, “the situation now would be close to that which existed in the USSR” in the years just before its collapse.

“The dogmatic notion that private property and capitalism lead to the end of deficits and ‘a market full of goods’” has not left Moscow’s thinking, Khabulatov says, even though this is “an absolutely false idea,” one promoted by what he calls “bourgeois propaganda” over more than two centuries.

Private ownership by itself doesn’t solve the problems, he continues. What is needed is a market in which they must compete and their being kept small enough that they cannot form monopolies and ignore the power of the market. That was true in most countries in early capitalism. It has not been true in post-1991 Russia.

There the state created private ownership by handing out property to people who became oligarchs and then accepted the argument that that would be sufficient to build capitalism and ensure that enough goods were produced at moderate prices. But private ownership alone isn’t sufficient to do that. Powerful anti-monopoly laws are required.

Those haven’t existed in Russia, and as a result, the promised benefits of capitalism haven’t appeared. Worse, the absence of a market within Russia has led its big businesses to insist that the prices they charge must reflect “world prices” rather than be set by supply and demand domestically, the economist argues.

That regular invocation of world prices is part and parcel of Moscow’s self-destructive commitment to using exports to raise money for itself rather than ensure that the Russian people have the goods they want. In the past, that has led to wars, Khasbulatov says. Now, it is leading to the impoverishment of Russians.

The fruits of the imposed from above and domestically uncompetitive capitalism in Russia are now ripening, and that is forcing at least some Russians to reexamine the entire system which they were sold by their rulers over the last 25 years. The Russian people needed markets; the rulers needed only to make money.