BOOK REVIEW: “We are in power; that is democracy” 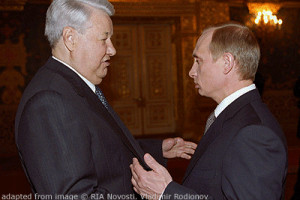 “Boris Yeltsin was able to have a constitution adopted in a referendum that guaranteed him broad powers and an almost complete lack of checks and balances – the first major step toward the poisoning of Russia’s political institutions and guaranteeing the transition to Vladimir Putin”. That is a statement likely to infuriate many who view Yeltsin as the saviour of democracy in Russia and Putin as the leader who rolled it back to authoritarianism. To those who hold such a simplistic view, I encourage they read “Authoritarian Russia: Analysing post-Soviet regime changes”, written by Vladimir Gel’Man, a professor of political science at the University of St Petersburg. It has not been published with the fanfare and publicity afforded to many books which are critical of Russia but, for those who really want to understand modern Russia and get an unbiased view of the political evolution, this book fits right into that category.

“Authoritarian Russia: Analysing post-Soviet regime changes” is a book about how and why Russia failed to become a democracy after the collapse of Communism, and about the “causes and consequences of its trajectory of regime changes toward authoritarianism after 1991”. Basically it explains how Russia got from communism to the current political system and also offers some guidance on what could happen next.

The author examines the decisions taken by Gorbachev and shows how they combined to steer Russia away from the path taken by former Soviet states in eastern Europe and towards a path which led to Yeltsin and then to Putin. He explains the key difference is that Russian political leaders set out to maximise their power and, in so doing, faced much weaker institutions and very few political restraints. That was not the case in the east European countries.

Specifically, Gel’Man states that the Russian political system of the early nineties developed as it did because A) there was no meaningful external influence (as was clearly the case in other Soviet states); B) the public remained largely passive and undemanding in the crucial early years; C) the so-called elites (ex-communist and security force leaders) played each other to a zero-sum game; and D) ideology played a very small role.

In those critical early years the author says that expectations about how Russia should develop, ie. similar to a Western model, were almost all held by those outside of the country rather than by the important players inside. The book explains how even those who notionally pursued a democratic course, in reality were simply consolidating their own power and the position of those around them. In other words, democracy was never eliminated from the process but was, and continues to be, used as a sort of smokescreen for the building of authoritarian regimes. Gel’Man quotes Anatoly Sobchak, the former mayor of St Petersburg and one of those credited with trying to bring democracy to Russia. Sobchak said when asked about what he intended to do to further advance the political process: “we are in power; that is democracy”.

Yeltsin’s first term as president is widely viewed as having been the most democratic period in Russia’s history. Gel’Man points out that through his actions in that period Yeltsin actually consolidated the authoritarian nature of the regime and grabbed even greater power for the presidency. He cites specific examples of how Yeltsin’s team effectively eliminated all rivals who had little or no public support, and adopted a new constitution that killed off all executive accountability to the legislature. In that respect, Yeltsin held exactly the same position as Sobchak and is quoted by the author as saying, when asked about the lack of accountability in the Kremlin: “To put it bluntly, somebody had to be the boss in the country; that’s all there was to it”.

There is a lot of debate and relatively little clarity as to exactly how Vladimir Putin came to be in the position where he would be appointed Yeltsin’s successor. The list of those claiming credit for promoting him grows by the month. But one factor is very clear: Putin’s path to the presidency would have been much less easy had Boris Yeltsin not given him his blessing as successor. That he did on New Year’s Eve 1999. Yeltsin, having built up unaccountable powers as leader of the country, chose to transfer all of those powers to Putin. In return, the new president’s very first action was to grant guarantees of immunity to Yeltsin and to members of his family.

The author then considers how Putin has been able to build on the considerable authoritarian powers inherited from Yeltsin to greatly enhance his position. In particular the book sets out the sometimes elaborate, often very simple, system of positives and negatives, ie. carrots and sticks, which Putin created to ensure loyalty from the elite. Putin has been able to create a much more elaborate and effective scheme than Yeltsin because of the huge amount of hydrocarbon export revenue – approximately $3 trillion – which has come into the state coffers since 2000. But broadly it is the same plan according to the author.

So, what happens next? Gel’Man highlights the reasons why Putin’s position has been safe thus far. These include A) there is a prohibitively high entry barrier for non-aligned parties and candidates to challenge the incumbents; B) there is one-sided media coverage in favour of the incumbents; C) the use of direct and indirect state funding of the incumbent’s political campaigns; and D) more often than not the biased resolution of election disputes in favour of the incumbents. To put in simply, the author claims that the longer the current status quo regime is maintained, the more costly it is to overcome it.

But Gel’Man is not pessimistic about the possibility of regime change. His conclusion is that this is a question of “when” and by “what means” rather than “if”. In that respect the book ends in a more hopeful note (to those who wish real political rather than just nominal regime change). He says: “from a historical perspective Russia deserves to be judged as a slow developer, not as an outlier of political regime change”.

As to how this may happen? On the one hand, history shows that the “only real incentives for political actors to effect changes are genuine threats to their political survival”. In other words, when there is no other choice. But Gel’Man’s work also cites examples of change that came as a result of the poor choices and actions of authoritarian leaders, which led to unplanned and spontaneous actions by the opposition and by the people. The demonstrations of December 2011, which resulted from clumsy vote-rigging in the Duma elections, can be put into that category. It can be said that Putin’s response to those demonstrations was effective, albeit very expensive.

It also explains why the economy matters a great deal to the Kremlin. History shows that people are never too bothered about politics so long as their disposable income and way of life is improving. Choosing geopolitical adventures over the wellbeing of the domestic economy is one of those mis-steps that the Kremlin seems presently to be very aware of. Its survival may depend on how well it manages a post-recession recovery.