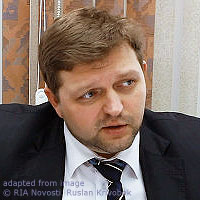 MOSCOW. Feb 2 (Interfax) – The case of Nikita Belykh, the former governor of the Kirov region, who has been sentenced to eight years in jail, is a manifestation of the absence of mercy for sick people, Russia’s former finance minister, Alexei Kudrin, said.

“Among other things, the Belykh case revealed the most anti-humane flaw of our law enforcement system: the absence of mercy for sick people,” Kudrin wrote on Twitter on Friday.

The court also banned Belykh from working in bodies of municipal and state authority for three years after his term.

In the course of the preliminary and judicial investigation, Belykh and his lawyers said his health was worsening in detention, and the former governor was hospitalized in the hospital of the Matrosskaya Tishina prison several times.