The U.S. ambassador for disarmament says preparations for a possible meeting between Russian President Vladimir Putin and U.S. President Joe Biden are under way.

The two presidents “have agreed to explore strategic stability discussions on a range of arms-control and emerging security issues,” Robert Wood told a United Nations conference on May 11. 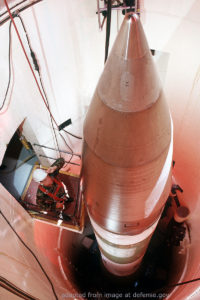 “They are in the process of preparing for these discussions.”

Speaking during a visit to Baku, Russian Foreign Minister Sergei Lavrov backed up Wood’s comments, saying that Moscow had proposed discussing arms control and security matters if the bilateral summit were to take place.

He also said that Moscow was still waiting for answers from Washington on details for any proposed meeting.

Biden has said he hoped to meet with his Russian counterpart during a planned trip to Europe in June.

The U.S. president in April offered to meet in a third country to discuss rising tensions over issues including military threats to Ukraine, cyberattacks allegedly by Russian hackers, and Russia’s treatment of jailed opposition activist Aleksei Navalny. 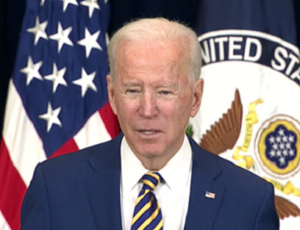 Biden has repeatedly stated that while he will be tough on Russia over any hostile policies, he is also seeking to cooperate where the two sides have mutual interests. This includes issues such as nuclear proliferation, climate change, the Iran nuclear deal, North Korea, and fostering peace and stability in Afghanistan.

In February, Russia and the United States formally extended the New START nuclear arms-control treaty for another five years, just days before it was set to expire.

New START, the last remaining arms-control pact between Washington and Moscow, limits the number of deployed strategic nuclear warheads at 1,550, deployed strategic delivery systems at 700, and provides for a verification regime.