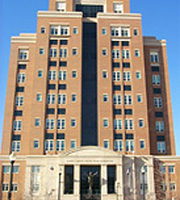 “The trial of President Donald Trump’s onetime campaign chairman will open … with tales of lavish spending, secret shell companies and millions of dollars of Ukrainian money flowing through offshore bank accounts and into the political consultant’s pocket. What’s likely to be missing: answers about whether the Trump campaign coordinated with the Kremlin during the 2016 presidential election, or really any mention of Russia at all. Paul Manafort’s financial crimes trial, the first arising from … Mueller’s investigation, will center on his Ukrainian consulting work and only briefly touch on his involvement with the president’s campaign. * * *… Manafort … is the only American charged to opt for a trial instead of cooperating with the government. The remaining 31 individuals charged have either reached plea agreements, including ex-White House national security adviser Michael Flynn, or are Russians seen as unlikely to enter an American courtroom. Three Russian companies have also been charged. … “

Click here for: “Russia to play minor role, if any, in Paul Manafort trial” – AP