1. Moscow Times: Russia Nears Record Highs as North America Shivers.
2. ITAR-TASS: About 14,000 believers queuing to worship the Gifts of Wise Men at Moscow.
3. RIA Novosti: Russia World’s 4th on Number of Smokers.
4. Russia in Global Affairs: Valery Tishkov, What Are Modern Nations Like? Multiethnicity in Russia in a Global Context.
5. The Indian Express: Gordon Hahn, The Volgograd warning.
6. Jamestown Foundation Eurasia Daily Monitor: Paul Goble, In the Shadow of Sochi: The North Caucasus in 2013.
7. Financial Times: Timothy Ash, Putin and the Sochi Potemkin village.
8. Moscow Times: The Top 5 Bizarre Stories From 2013.
9. Paul Goble: Window on Eurasia: Russian Democrats Must Be Suspicious of Oligarch ‘Opposition,’ Melnikov Says.
10. Moscow Times: ECHR Issued 120 Rulings Against Russia in 2013.
11. Moscow Times: Fury Over Biographical Stalin Calendar Published by Orthodox Church.
12. Moscow Times: List of 1,000 Scientific Institutions to Be Managed by New Agency Confirmed.
13. www.russiatoday.com: ‘Sochi 2014 to be safest, most secure Olympics ever’ ­- organizers.
14. Der Spiegel (Germany): Securing Sochi. Russia’s Elite Counter-Terrorism Fighters.
15. Time.com: Simon Shuster, Fortress Sochi: Russia’s Security Plan Risks Killing the Olympic Spirit.
16. AFP: Plenty of Sochi hopefuls at US finals.
17. Russia Beyond the Headlines: Russian politicians and senior executives take to the stage. For many Russian politicians and senior executives, all the world is suddenly a stage as taking theater classes becomes a popular trend.
18. Russia Beyond the Headlines: Unrolling the Russian carpet. Do Russian walk on their walls? If not, why do they have carpets all over them?. RBTH takes an in-depth look at one of the most intriguing Soviet traditions
19. Russia Beyond the Headlines: Among nations: Russia-born American poet interviewed in Siberia. Having immigrated to the U.S. as a child, Eugene Ostashevsky is a rare case of a bicultural poet ­ although he writes in American English, his influences are mostly Russian.

23. Al-Monitor: Fyodor Lukyanov, Russia’s Syria policy linked to Chechnya, terrorism.
24. Moscow Times: Dominique Moisi, Unrealpolitik in Russia and China.
25. Financial Times: Lilia Shevtsova, Putin’s attempt to recreate the Soviet empire is futile.
26. RIA Novosti: 1st Batch of Chemical Weapons Leaves Syria.
27. Al Jazeera America: John Batchelor, Can Putin be a US ally? With global tensions escalating, a partnership with Russia makes sense.
28. Kirk Bennett: In Praise of the Transactional ­- the Case Against a Strategic Russian-Western Partnership.
29. Russia & India Report: India-Russia cooperation set to rise in 2014. The strategic partnership will be subject to various dynamics at home and abroad this year, though its basic direction will remain unchanged.
30. www.opendemocracy.net: The future’s bright ­ the future’s Lidl. As Russia and the EU fight it out for Ukraine, Ola Cichowlas reports on a more positive initiative on another border, where Russians from Kaliningrad can travel to Gdansk in Poland to sample the bright lights (and cheap sausage).
31. University World News: Serhiy Kvit, What the Ukrainian protests mean.
32. Sean’s Russia Blog: William Risch, Bandera’s Ghost in Kyiv.
33. LeftEast: Volodymyr Ishchenko, Support Ukrainians but do not legitimize the far-right and discredited politicians.
34. Carnegie Moscow Center: Thomas de Waal, Stormy Weather in the Caucasus. 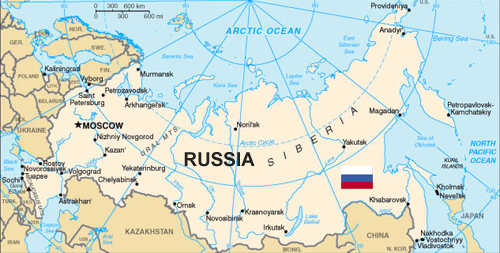