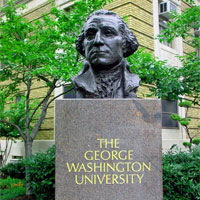 The Ukraine Syndrome and European Monism

with Dr. Richard Sakwa, Professor of Russian and European Politics at the
University of Kent, England
November 18, 2015

The crisis of state building and national development in Ukraine has deep roots and complex interactions, but ultimately the ‘Ukraine syndrome’ reflects the tension between two fundamental models of post-communist consolidation. The first is the monist model, which cannot be reduced to the integral nationalism of earlier periods but which nevertheless draws on the power of the idea that there is some sort of coherent and autonomous essence to the Ukrainian nation that needs to be rediscovered and given hegemonic articulation in the contemporary Ukrainian polity. Ukraine is not unique in advancing this sort of restorative nationalism, and it fits into classic patterns of post-colonial development. On the other side, there is a more pluralistic understanding of the challenges facing the country, drawing on postcolonial theory to suggest that the emergence of a hybrid and heterogeneous nation is something to be celebrated and given constitutional form in terms of linguistic and territorial diversity. This tension in the post-communist era has become increasingly exacerbated, provoking the breakdown of 2013-14, because of the distinctive way in which the Ukraine syndrome has been internationalized. The European post-Cold War order also assumed monist forms. Instead of the geopolitical and ideological diversity proclaimed by Mikhail Gorbachev as he brought the Cold War to an end in the late 1980s, a type of monist cold peace was imposed, in which Atlanticist institutions and ideas were advanced as the only appropriate ones. This by definition excluded Russia as anything but subaltern in the European peace order. This double dynamic of European and Ukrainian monism combined with devastating effect, is threatening now a new division of Europe. The current crisis is effectively a struggle for systemic and institutional pluralism at the national and global levels.

Dr. Richard Sakwa is Professor of Russian and European Politics at the University of Kent. From 2001 to 2007, he was also the head of the University’s Politics and International Relations department. He has published extensively on Soviet, Russian and post-communist affairs and has written and edited several books and articles on the subject. His current research interests include the democratic development in Russia, the nature of post-communism, and global challenges facing the former communist countries.