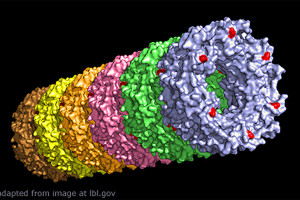 Universities and research institutions across the country lost access to Springer due to a failure to pay for their subscriptions, newspaper Kommersant reported.

The Russian Foundation for Basic Research, a government-controlled organization that oversees scientific research across the country, reportedly owes the company some 890,000 euros ($1 million), having been unable to cover the costs of subscriptions for Russia’s many universities and researchers after the ruble lost nearly half its value in 2014.

Matthias Aicher, the head of Springer for Russia and the Commonwealth of Independent States, told Kommersant that the Russian Foundation for Basic Research had received the company’s publications for free for the past four months but that this situation could no longer continue.

Founded in 1842, Springer publishes books and academic journals, mainly in the fields of medicine, technology and natural sciences, and hosts many scientific databases. The publishing company boasted 2,400 English-language journals in 2014, and offers 170,000 electronic books. The head of the Russian Academy of Sciences, Vladimir Fortov, was quoted by Kommersant as saying that a lack of access to foreign academic publications could undermine the development of science in the country.

Last year, the subscriptions of Russian scientists to Springer’s academic journals amounted to 3.2 million euros ($3.6 million). The Russian Foundation for Basic Research receives applications for Springer subscriptions from educational institutions and researchers throughout the country, which are then allocated funds (in rubles) to cover their costs. The institutions then paid for their subscriptions through the National Electronic Information Consortium, which had been responsible for converting the funds into euros and transferring them to Springer.

The convoluted pay scheme has left it unclear which party will be held responsible for paying Springer the outstanding 890,000 euros in unpaid subscriptions, Kommersant reported.

But after news of the cutoff spread, Livanov pledged that Russian scientists would regain access to their Springer subscriptions, saying that the ministry would cover their costs if the Russian Foundation for Basic Research was unable to do so, the TASS news agency reported.

President Vladimir Putin said in December that the state would not slash funding for science, pledging it would be kept above 834 billion rubles ($16 billion at the current exchange rate). Yet Russian scientists have faced trying conditions at home. In 2013, the Russian government ordered the reform of the Russian Academy of Sciences, an umbrella organization that comprises 500 research institutes. The new reforms place the academy’s property and some of its affairs under government control, which has sparked fear among scientists that the institution could lose its independence.