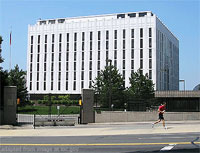 The current crisis in Ukraine, which many see as the beginning of a new era of U.S. – Russia geopolitical confrontation, underscores the urgent need for a new foreign policy agenda that will advance both American and Russian long-term strategic interests.

Please join us for a timely and insightful discussion of this important matter with a group of leading American and Russian Experts.